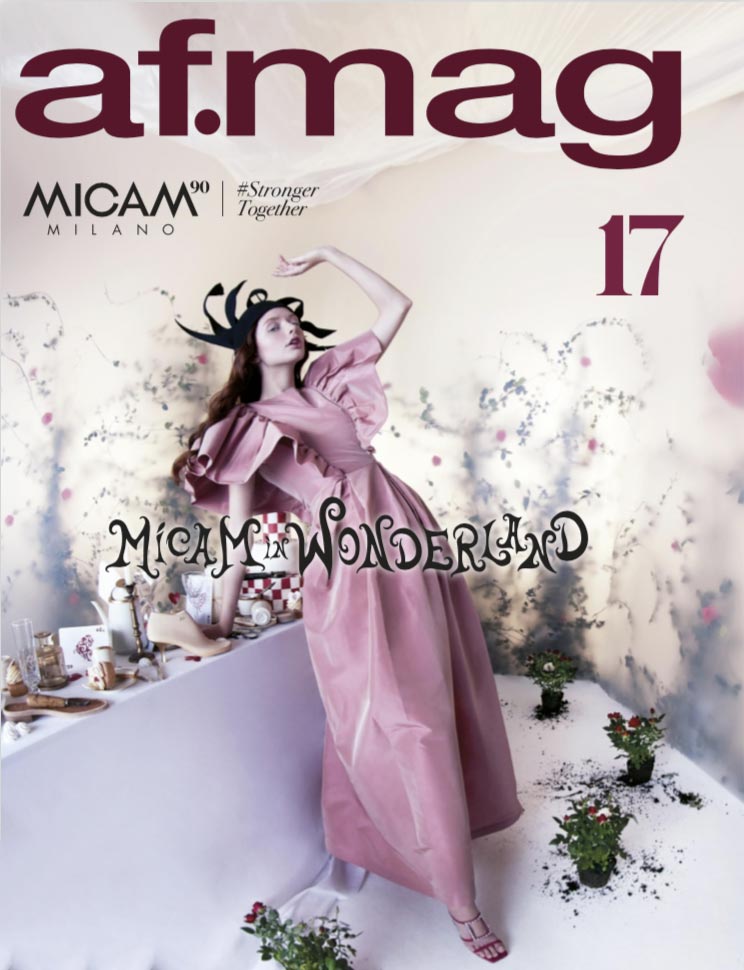 The new issue of AF Magazine is out!

Fill this form to read it for free

A claim to love

Everything happens for a reason

Between functionality and feminine exaggerations, women’s fashion for the coming winter moves in different directions that are quite distant from one another: from one end, we find sneakers and boots that recall occupational ones, combining basic colours, like white and black, with practical and comfortable features. From the other end, there is a vast offering of high-heeled footwear and boots – from sock boots to booties – which instead are characterised by shaped details, like the sculpted heel, maxi toes, super platform, and frayings and extreme wrappings of the body. The bag is the maxi shoulder bag, to be worn with ease on the shoulder, or the ultra-spacious clutch, or the opposite, the mini-bag and eccentric bag designed to capture the eye.

Even men’s seems to move between two extremes, divided between functionality and the desire to stand out. From one end, we find footwear and boots dedicated to the urban traveller, suited to those who are constantly on the go, because they are comfortable and protective, while also pairing well with both suitcases and practical multiple pocket bags. From the other end, we instead see the proposal of unique and extremely individual accessories for men, featuring loafers with fur linings, futuristic sneakers, and a decidedly eccentric bag.

Download the magazine for free to see all the pictures

Massimo Bonini loves his job. Even in this difficult moment, which he defines as "stimulating, because it will require us to make a huge change in all areas, but in fashion in particular".

Representing the third generation of a family working in the footwear industry, Luís Onofre puts shoes on the feet of stars and VIPs like Naomi Watts, Penelope Cruz and Michelle Obama. After getting his degree from the Faculty of Fine Arts, with a postgraduate degree from the Design and Footwear Academy, he alternated working at the head of his company, where he is also the creative mind, with his role in two Trade Associations of reference: in July he was re-elected as the President of Apiccaps, the Portuguese Footwear, Components and Leather Goods Manufacturers Association

Maria Luisa Frisa - critic and curator of the "Triennale Decameron" exhibition talks with Paola Nicolin, art and architecture historian and one of the curators of the Triennale Public Program about the Italian Fashion System and the role of Milan after the pandemic.